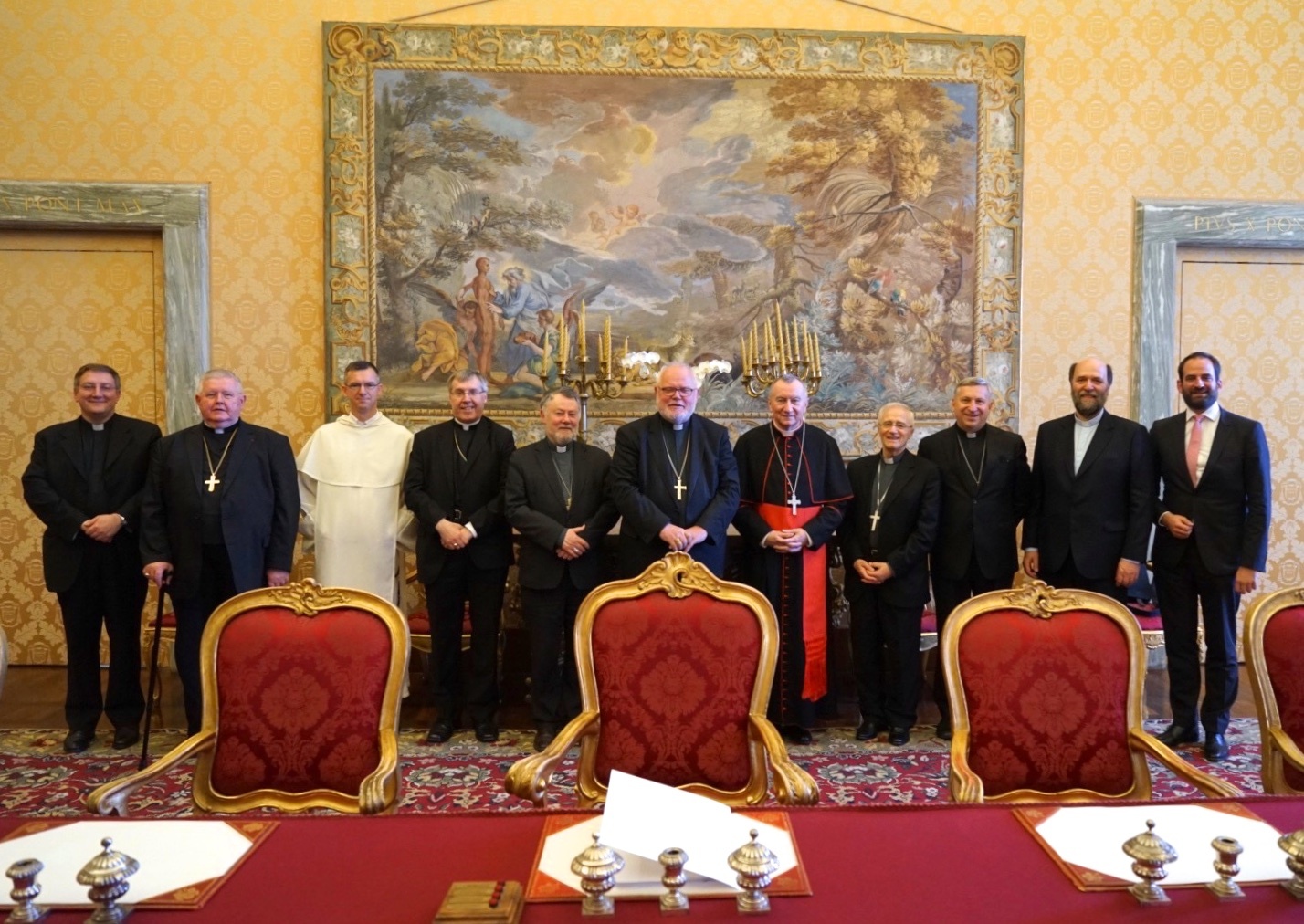 Pope Francis met COMECE Standing Committee in Santa Martha at the Vatican last Tuesday in preparation of “Rethinking Europe”, the major high-level Forum of Dialogue that COMECE is organizing in collaboration with the Holy See in Rome on October 2017.

During a two-days visit to Rome and the Vatican City, COMECE Standing Committee met several European and Vatican authorities in order to discuss the main challenges of the European Union and the ways the Church can support the European project in a moment in which Europe itself seems to be at a crossroads.

The group met with Archbishop Paul Gallagher, current Secretary for Relations with States, with Cardinal Pietro Parolin, Secretary of State, with the EU Ambassadors to the Holy See, and finally with the Holy Father Pope Francis.

The common main subject of the meetings was “Rethinking Europe”, the major high-level Forum of Dialogue that COMECE is organizing in collaboration with the Holy See and that will be held in Rome between 27-29 October 2017, marking the 60th anniversary of the signature of the Treaty of Rome.

“Rethinking Europe will be the start of a process of dialogue between the Churches representatives (both bishops and seculars) and the politicians who have political responsibility and take decisions” – said Cardinal Marx.

The Dialogue of Rome aims to promote deeper reflection on the future of the European Union, in order to recover the thrust and the enthusiasm that Pope Francis indicated to the members of the European Parliament and on the occasion of the conferral of the Charlemagne Prize.

The idea of organizing Rethinking Europe in the shape of an open forum of dialogue was in COMECE’s agenda since two years, and it is with great enthusiasm that the Commission of the Bishops’ Conferences of the European Community welcomes the Holy See’s collaboration and the direct participation of Pope Francis.

The main message of the Church is to put the human person back at the heart of the European public policy and the Dialogue of Rome will be a milestone of this process.

To look at the photos of the event, please click here: mehr.