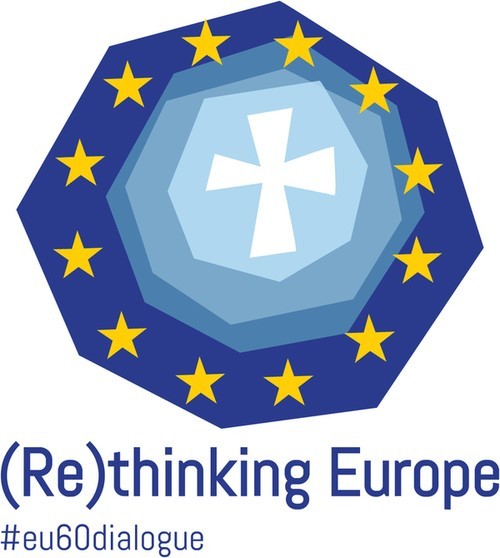 Hundreds of high-level Church and EU political representatives, together with other grassroots actors, will meet in the Vatican to contribute to a constructive reflection on the fundamental challenges facing the European project.

Organised by the Holy See and COMECE – the Commission of the Bishops’ Conferences of the EU – (Re)thinking Europe will take place between 27-29 October 2017 and will mark the 60th anniversary of the signature of the Treaties of Rome.

Rather than as a congress or conference, the event is thought and organised in the form of a dialogue, with workshops and debates, in order to facilitate a frank and open discussion between stakeholders of different geographic, cultural, religious and linguistic backgrounds, putting in practice the motto of the EU: “unity in diversity”.

Willing to work for the common good and to put human dignity at the center of public policies, the participants will be called to look for new ways to involve all actors in the society in their respective religious or political responsibilities.

Following his visit to the EU Parliament, the conferral of the Charlemagne Prize and the meeting with the Heads of State and Heads of Governments of the EU countries, Pope Francis will address the participants on Saturday 28th October in order to reiterate his sincere engagement to a common reflection on the future of the EU and recall the commitment of the Church to this Peace project.

After two deadly world conflicts, Europe has the responsibility to understand his role towards the world and its own citizens, finding a way to actively involve men and women of our time. The purpose of (Re)thinking Europe is to support this process of self-conscience.